Thank you for submitting a review!

Your input is very much appreciated. Share it with your friends so they can enjoy it too! 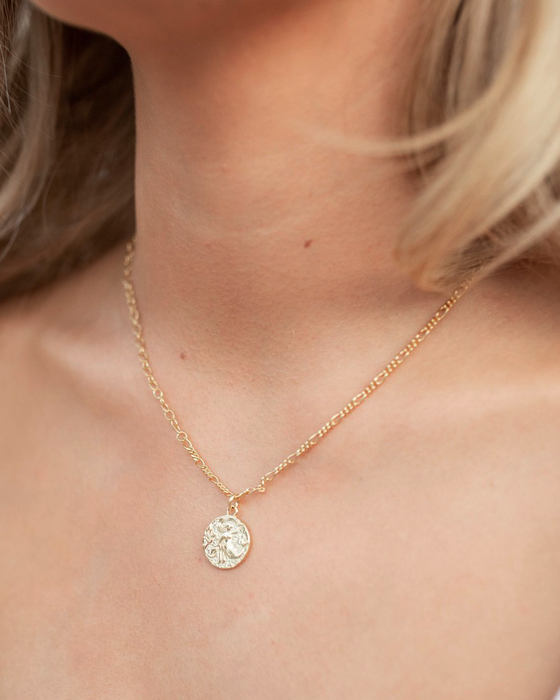 barely got to wear it!

This is now the 3rd thing I've bought from en route, and the 2nd that either was broken upon arrival or broke within a few wears. I wore this necklace maybe like 3 times before the clasp broke. There's only one photo of the necklace on here so you can't see the closure, which I was nervous about, but went for it because it's gold vermeil, and the other necklace I bought from here tarnished (though weight wise, it felt heavier and had a better clasp). So yeah, the clasp is TINY compared to the chain--which has no jump rings or anything, the chain just kinda ends--on this necklace, making it extremely hard to put on yourself. I was trying to take the necklace off when the clasp lever snapped. I thought it was going to be stuck on me, and I had to yank to get it off. I think the jewelry on this site is cute, but I don't think I'll be buying anything from here anymore. (ALSO NOTE: the chain is really like two different styles connected, which I didn't notice in the photos, but I didn't mind it. Just threw me off.)

I love this necklace. it goes well with my other necklaces and the design is so cute and intricate. absolutely in love

This necklace is very pretty, the gold is a bit more yellow toned than a warmer shade, but I still like it. The necklace feels sturdy and the design is exactly as pictured.